People have enjoyed instantaneous communication between all parts of the Earth for centuries, but unfortunately, communications between Earth and its planet colonies is not so convenient. All long-distance communication on Earth uses some form of electromagnetic radiation to carry the information. Such radiation can travel no faster than the speed of light. If conventional masers were used to transmit data from Earth to the planet colonies, it would take from 4.3 to 77 Earth years for it to get there.

By employing space warp, starships greatly reduce the apparent travel time between the planets and therefore offer the fastest medium for communication between them. Before departing from Earth for one of the colonies, every starship loads its computers with the latest news and technical information. During the weeks required to reach near light speeds, ships receive information updates from Earth by ordinary maser communication. After warp maneuvers, the ship begins to transmit this new information to the destination planet at once, and maser waves travelling at the speed of light reach the colony before the ship. When the ship returns from the colony, the process is reversed.

Since ships make voyages to each of the planets only once or twice a year, pioneers had to devise another way to communicate with Earth. Monthly and sometimes twice-monthly, Earth exchanges information hyperspace communication probes with each of the colonies. GAILE hyperspace communication probes resemble tiny, pilot-less spaceships. Each contains computer memory banks, guidance systems and self-focusing maser transmitters, and is propelled by a tiny neuron drive engine. Ultra-miniaturization of electronics and engine parts has reduced the mass of each probe to less than 100 kilograms, but each must carry more than 20 times its mass in fuel. Though the probe’s neuron engines are less efficient than mixed matter drives, they need not carry enough mass to bring them to a stop. Instead the probes are aimed on a trajectory that will miss the destination planet. After they emerge from hyperspace, they transmit their load of information via maser beam, then continue past the planet and into its sun.  One class of the GAILE Hyperspace Communication Probe, the GHCP-T19 is shown below. 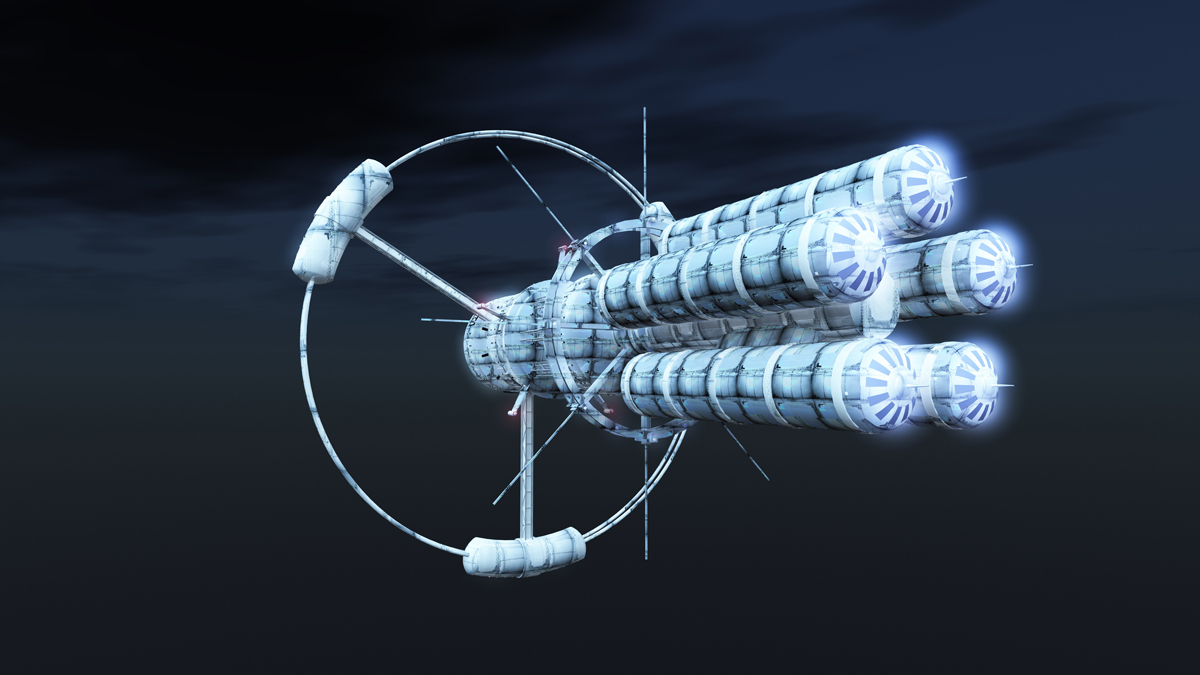