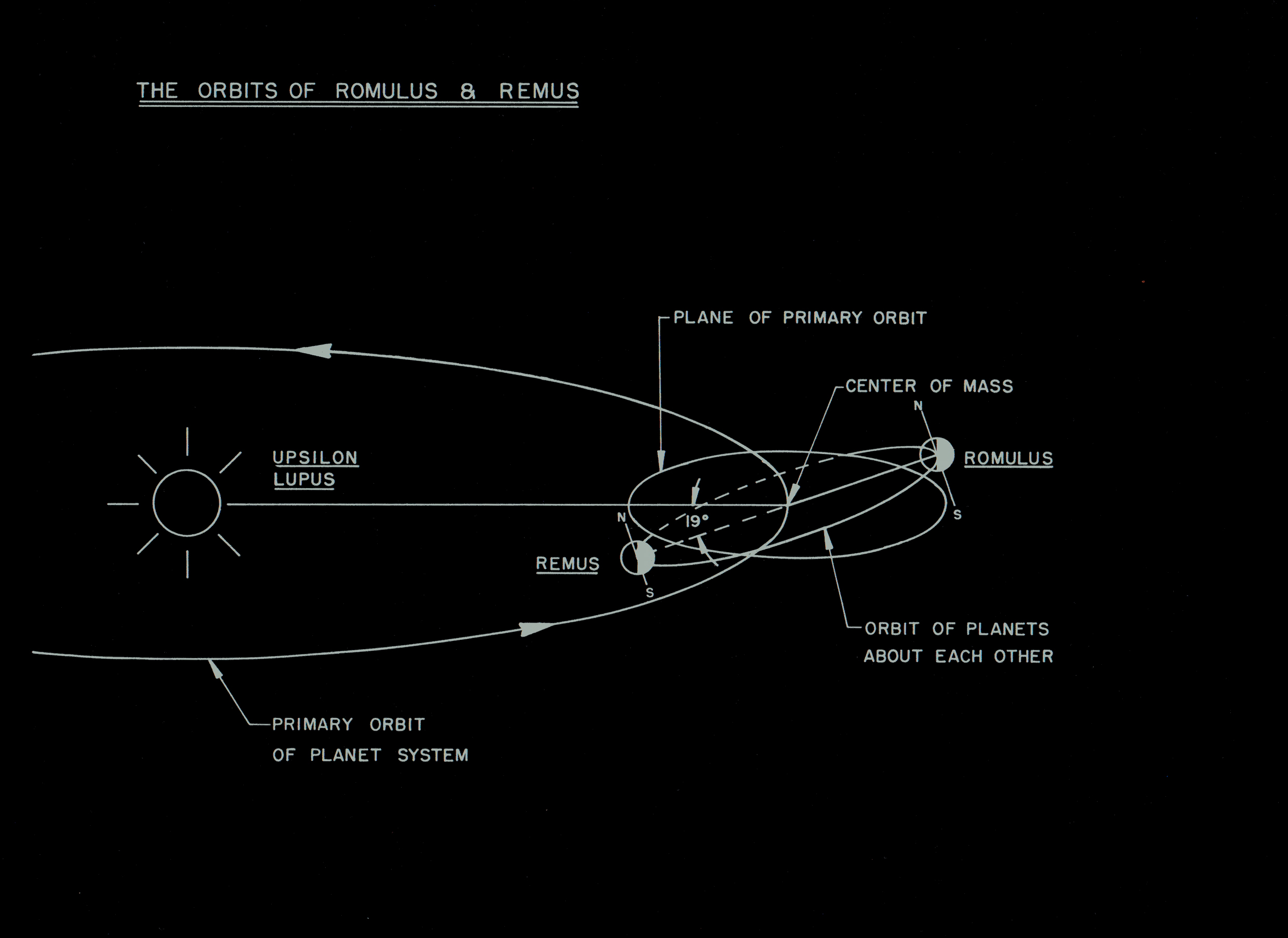 The twin planets, Romulus and Remus, orbit type G2V star Upsilon Lupus located about fifty-eight light years from Earth. As figure 3.21 illustrates, the planets orbit each other about their common center of mass occupying the third position in the planet system of Upsilon Lupus (refer back to figure 3.1). The mass of Romulus measures less than 0.3 percent greater than the mass of Remus and both planets move in a nearly circular orbit about their mass center, forming one of the great natural wonders of the known galaxy.

Because just 71,000 kilometers separate the two planets, their gravitational attraction has stopped their spin with respect to each other, just as the attraction of the Earth has halted the rotation of the moon with respect to it. Since Romulus and Remus keep the same side toward each other, their day nearly equals the period of their orbits, about 44 Earth standard hours. Neighboring Remus can be seen only from the “inboard” hemisphere of Romulus and remains in the same position of the sky both night and day. When full, Remus appears about 18 times the diameter that Earth’s moon appears from Earth, but because it possesses a higher albedo Remus shines more than 1700 times brighter than Earth’s moon. Because it is so bright, clear nights are never dark on the inboard hemisphere. Remus appears as a half circle at dusk each day, grows to fullness at midnight, and diminishes to a half disc again at dawn. The absence of total darkness on the inboard half of Romulus has had interesting effects on the development of the planet’s lifeforms which will be explained in the following section.