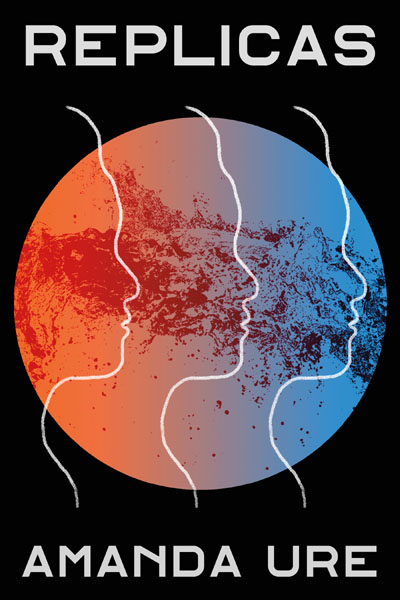 When we launched GAILEarth.com two years ago, our goal was to create a “worldwide cooperative science-fiction project.” We wanted a site where creative people could contribute their ideas about what life on exoplanets might be like. We wanted to know how others think exoplanet exploration and settlement might impact life on Earth. That goal has taken a big step forward with the publication of Replicas, a 68,000-word novel by Amanda Ure.

Replicas is the story of Melissa Shipton, a woman born on 24th-century Earth. It chronicles the events that motivate her to leave home forever to settle on the remotest of the eight planets described on GAILEarth.com. The novel explores a number of provocative subjects including the influence of new science coming from exoplanet colonies, artificial intelligence, the rights of androids, and genetic engineering.

As a teenager, Amanda read the Handbook for Space Pioneers, which is the basis for GAILEarth.com. When the opportunity arose to participate in National Novel Writing Month, she set her first novel in the meticulously crafted 24th century universe detailed in the handbook.

Anyone who has enjoyed this website or the Handbook for Space Pioneers is certain to have fun reading Replicas. It is available in Kindle e-book format from Amazon.com for 99 cents. Kindle books can be read on a variety of devices including Apple and Android tablets and smart phones, personal computers, and Amazon’s own Kindle brand of e-book readers.